When Kevin and Kate bought their home a couple of years ago, they knew they’d be remodeling — the main floor and the basement. They bought it from the original owner, who’d lived there since the 1950s. This is their third house, and they’re looking to stay with their two young daughters.

“We did a lot of moving,” says Kevin. “And this is our forever home.” They remodeled the main floor as soon as they took ownership, cobbling together short-term stays away from home during the heart of the construction. It was stressful, to say the least.

The home has three bedrooms — technically, says Kevin — because one is tiny and used as an office. The front door opens directly into the living room, facing the TV, which Kate hates when they have friends over.

The girls are sharing a room, and a chest of drawers, which can get a little contentious when they’re both trying to get dressed and out for the day. Bedtime’s not easy either. “I know it’s a luxury, but each of them getting their own rooms would be great,” says Kevin.

So we’re tackling the basement, and overcoming some bad memories —and some previous mistakes. The upstairs remodel didn’t go well at all — so Kevin and Kate called us after Kate saw one or signs on a project nearby. We were one of five remodeling companies the couple interviewed, and we’re so glad they chose us.

We found an unfinished basement, with a big workbench, and a lonely sink and toilet that got concealed by drywall during the upstairs renovation. We ripped out that drywall because it was damaged from the leaking shower above. The workbench is going into the garage. And a full earthquake retrofit needed to be done. 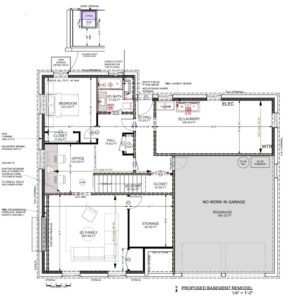 The new basement will have a bedroom, office space, a family room, storage, and a laundry room which will also house the mechanicals. The older daughter will be moving downstairs into a room of her own. The TV will get out of the living room and go downstairs to the new family room.

Even in an unfinished space, you have to take steps to keep the dust and grime of an in-home construction project contained and away from living spaces. So the plastic zip walls went up at the bottom of the staircase — protective coverings are on the stairs themselves — and to protect the mechanicals. 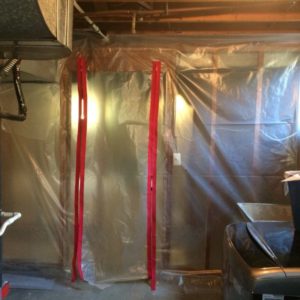 So Far, So Great

The best thing, though, is how happy the family is during this project. “Everything that went wrong during our last project is going great this time,” Kevin says. “The transparency about everything, the weekly meetings, how everyone at Fuller Living Construction truly cares how we’re doing throughout the process — we went in with our guard up, but it’s been so much better than we could have expected. We leave at eight and come back at five, and marvel at what’s been done.”

We love working with great people to create spaces that make their lives at home better. If that sounds like you, give us a call or email russell@fullerlivingconstruction.com. 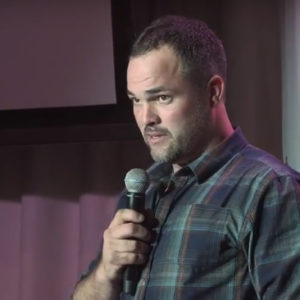 In the span of 6 years, Russell had transformed every section of the 1910 craftsman, including fully remodeling the basement and attic into separate apartment units. With an assortment of talents in his tool belt – from electrical and plumbing to carpentry and design – Russell then moved on to realize his dream of doing construction projects for others. 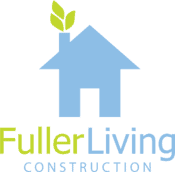