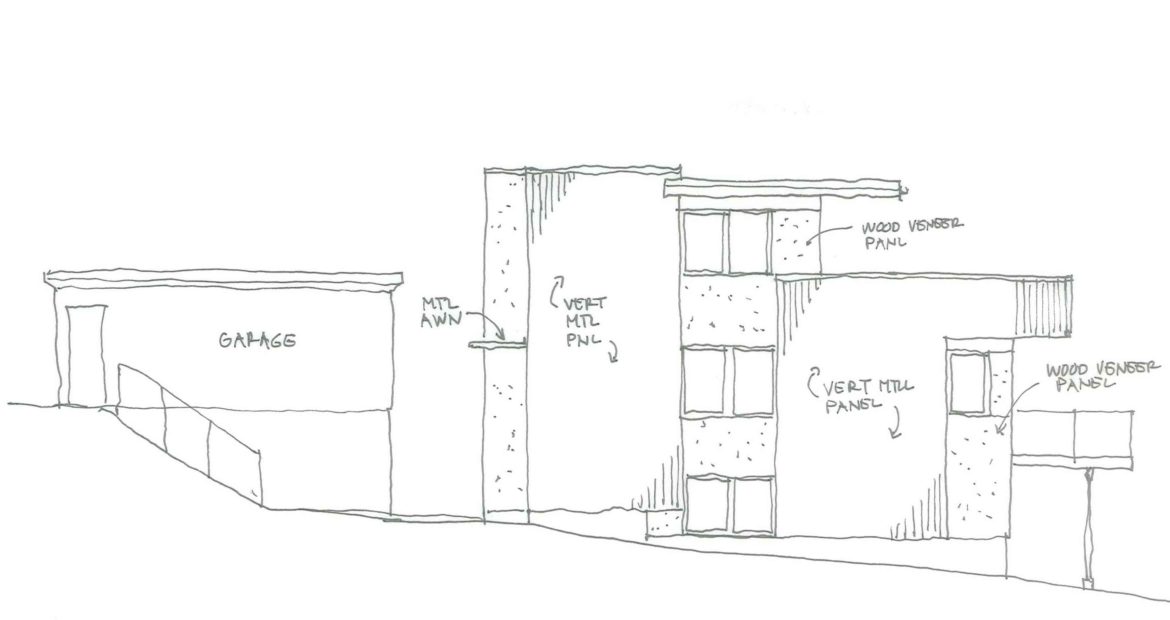 It’s not often you get to lift and renovate the house next door in Seattle.

Twenty-two years ago, Gordon and Sheila moved into their home, three blocks from the Fauntleroy Ferry Terminal, in what was once an orchard. Next door is the original caretakers cottage from 1914, with one bedroom and one bath in its 830 square feet. There’s also detached garage on the sloped lot.

“For twenty years, I asked the older gentleman who lived there that if he ever sells, to please sell it to me,” says Gordon. After the neighbor died, his daughter asked Gordon if he was still game. Experienced in the ways of real estate, and veterans of their own renovations, Gordon and Sheila jumped on it.

Now that they own the house, we’re going to start by lifting it — the current six-foot basement will raise to eight feet, adding living space below. There will be seismic retrofitting and an interior remodel.

We’ll be adding two bedrooms and two baths downstairs, while upstairs will get an updated master suite, an open floorplan in the living areas, and a large deck.

We’ll be replacing the peaked roof with a flat one.

“By making the new roof almost flat,” says Gordon, “we’ll get a better view of the Olympics than we have now.”

Had the cottage hit the open market, most likely it would have been torn down and replaced with a higher structure — something that would potentially block Sheila and Gordon’s views. They wanted to a measure of control over what happens next door to them. They’ve planned carefully, so the lower level will adhere to code as an in-law suite. The buyers will have options, either to use as a single-family home or use the lower level as an Accessory Dwelling Unit, or ADU.

It’s going to be an awesome project, and we’ll be sharing its progress here as we move forward — there are some very cool details about the design and landscaping that will give both houses privacy and make the most of their lots and views.

Looking to lift or remodel your own space? Let’s talk about it!